The crop- and land-group markers can be used to determine consistency of a agricultural parcel (FOI) with its declared crop and land-use. Both markers use the exactly same architecture, so we will describe the inner workings of both on the example of the crop-group marker. 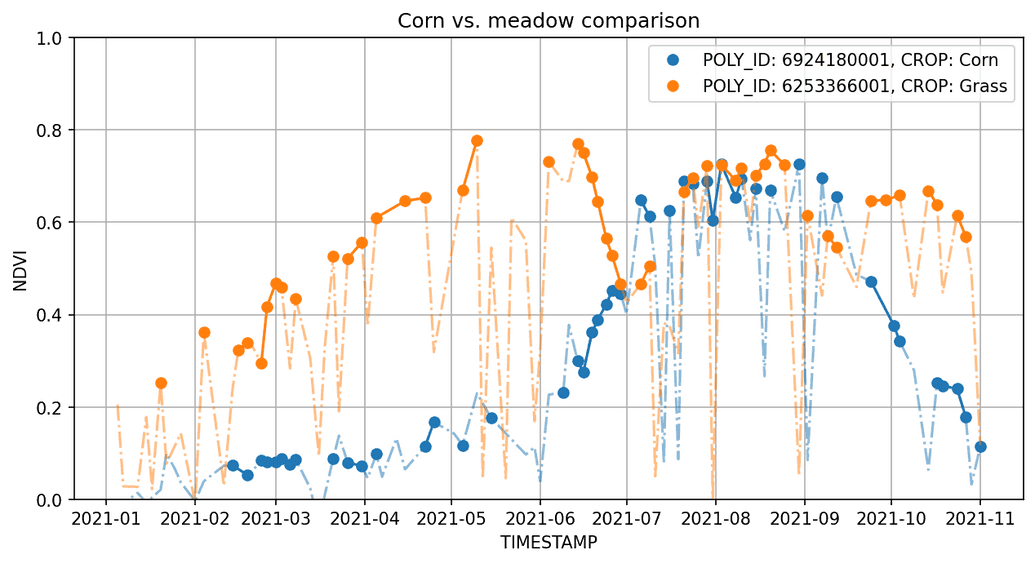 Clearly, both crops have vastly different behavior and should thus be easily recognizable. However, not all crops are as easily seperable. Next we show two FOIs with declared winter wheat (blue) and winter barley (orange).

We can see that, ignoring the secondary crop sown after July, the two crops are pretty much inseparable. There are many such crop groups which are difficult to recognize them as separate with remote sensing. For instance winter grains that we show above, grass and grass-like annual crops like alfalfa, summer grains and many more. To achieve more accurate and reliable results, we often take advantage of these natural groupings and treat all crops inside the group as one training/prediction class, however this is not strictly necessary. We could treat each crop as a separate class in hopes of gaining the ability to intra-separate crops in groups, however this usually comes at a relatively drastic cost of performance, especially in confusion of crops within the same group. In Slovenia, there is approximately 200 crops grouped into 31 crop groups. Some of the more populous ones are grasses, winter grains and summer grains.

Training of the model

The model that we train on the crop-group classes is a Long short-term memory (LSTM) model [1, 2], which is is based on the recurrent neural network architecture. This architecture is especially tailored to be able to recognize classes from patterns in time-series like satellite data.

The training data is always based on the desired year agricultural parcel reference data (declarations), however it is possible to include historical data if the reference data is made available. This helps boost the numbers of underrepresented classes, increasing the accuracy of recognizing classes which are rare in a specific year.

Since we use declaration reference data as our target classes, we need to make sure, to have the declarations as reliable as possible, since it is possible that declarations are incorrect. To clean some of the incorrect declaration noise out of the training data we use other markers, if they indicate a discrepancy between the claim and the real state. To be more concrete, we filter the FOIs based on: 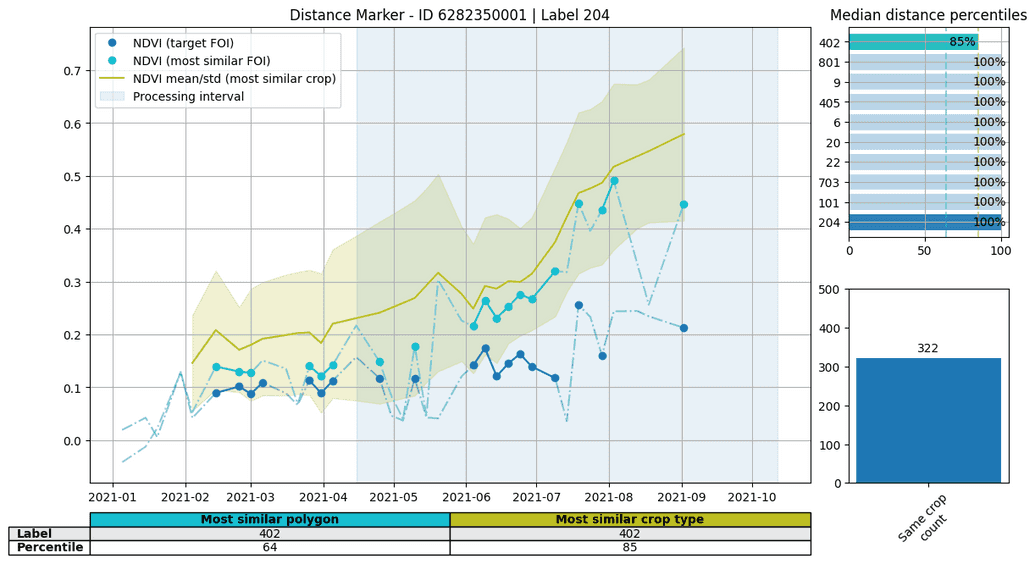 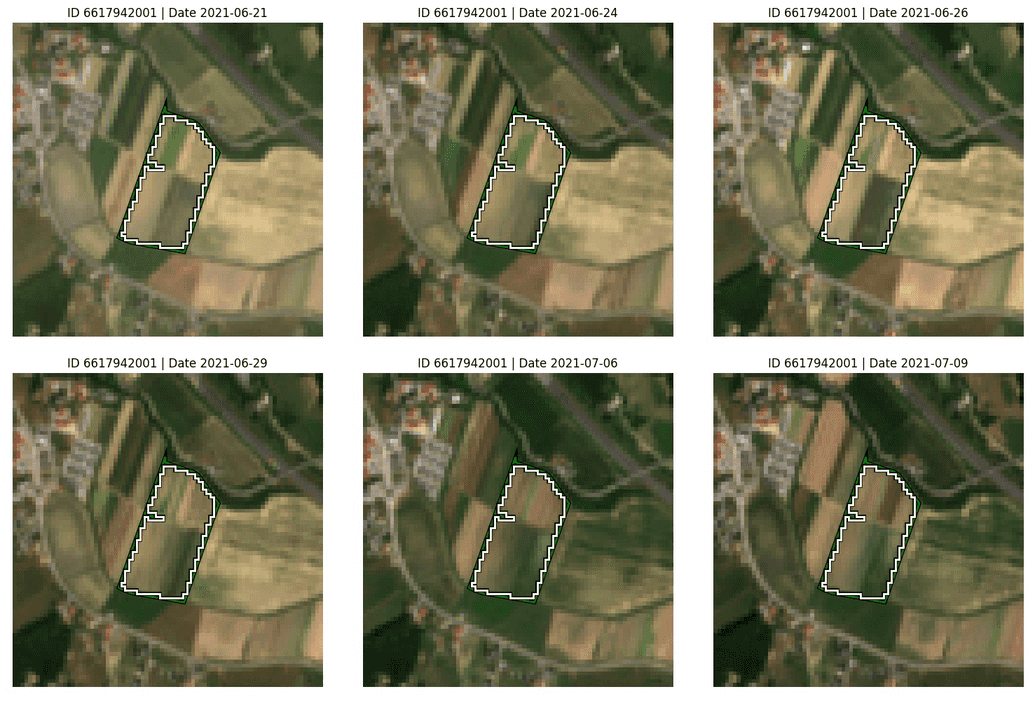 After the likely incorrect claims are filtered, the marker randomly divides all available FOIs into five folds: A, B, C, D and E. For each of these folds, a separate model is trained on the rest of the folds, after which a prediction is made on the specific fold that is left-out. As an example, when predicting on FOIs from fold A, we use the model trained on folds B-E and equivalent for other left-out folds. In this way, we can get predictions with models that haven't seen a FOI during training for all FOIs in our dataset.

The basic building blocks of the land-group marker are exactly the same as for the crop-group marker. The only difference is, that the declared land-use labels are grouped into land-groups instead of crops and used as training and prediction classes. Alongside agricultural land-uses, we also include non-agricultural ones to augment our training classes. The most prominent and interesting are forests and built-up land-uses.