The homogeneity marker serves to identify polygons (FOIs) on which several crops are being grown. It identifies heterogeneities on the scale of the FOIs declared primary crop's season and is not applicable to individual observations. That is the case, because a FOI could be heterogeneous in individual observations for many reasons. Some of the most common short-period heterogeneities are the consequences of:

To eliminate the influence of such short-term heterogeneities, we evaluate heterogeneity of a FOI on a season time-frame by aggregating relevant signals into season-spanning features.

The most relevant signals are:

The signals like the one listed above are aggregated into multi-month features for each signal inside a desired time-frame. For Slovenia, the most important averaging time-frame that has been identified is the 3-month averaging interval from 1st of May to 1st of August, since it coincides with the growing season of most crops. Below we show the distribution of NDVI_std_3M_MAY, which represents the feature we get by performing a three-month average of the NDVI_std from 1st of May to 1st of August. FOIs that are known to be homogeneous or heterogeneous are shown in orange and blue respectively. 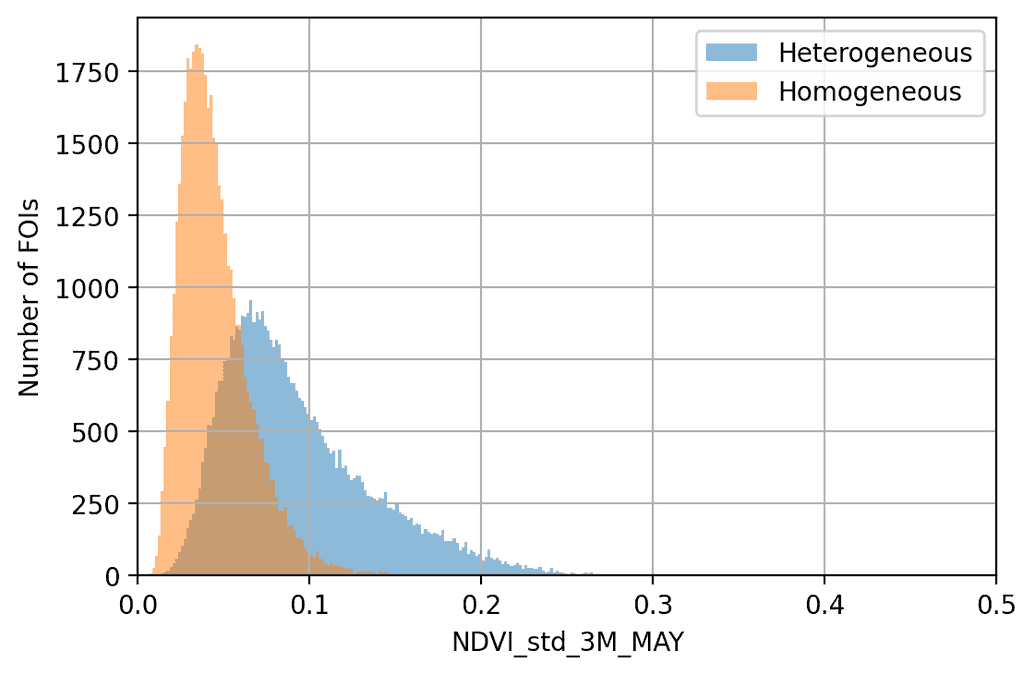